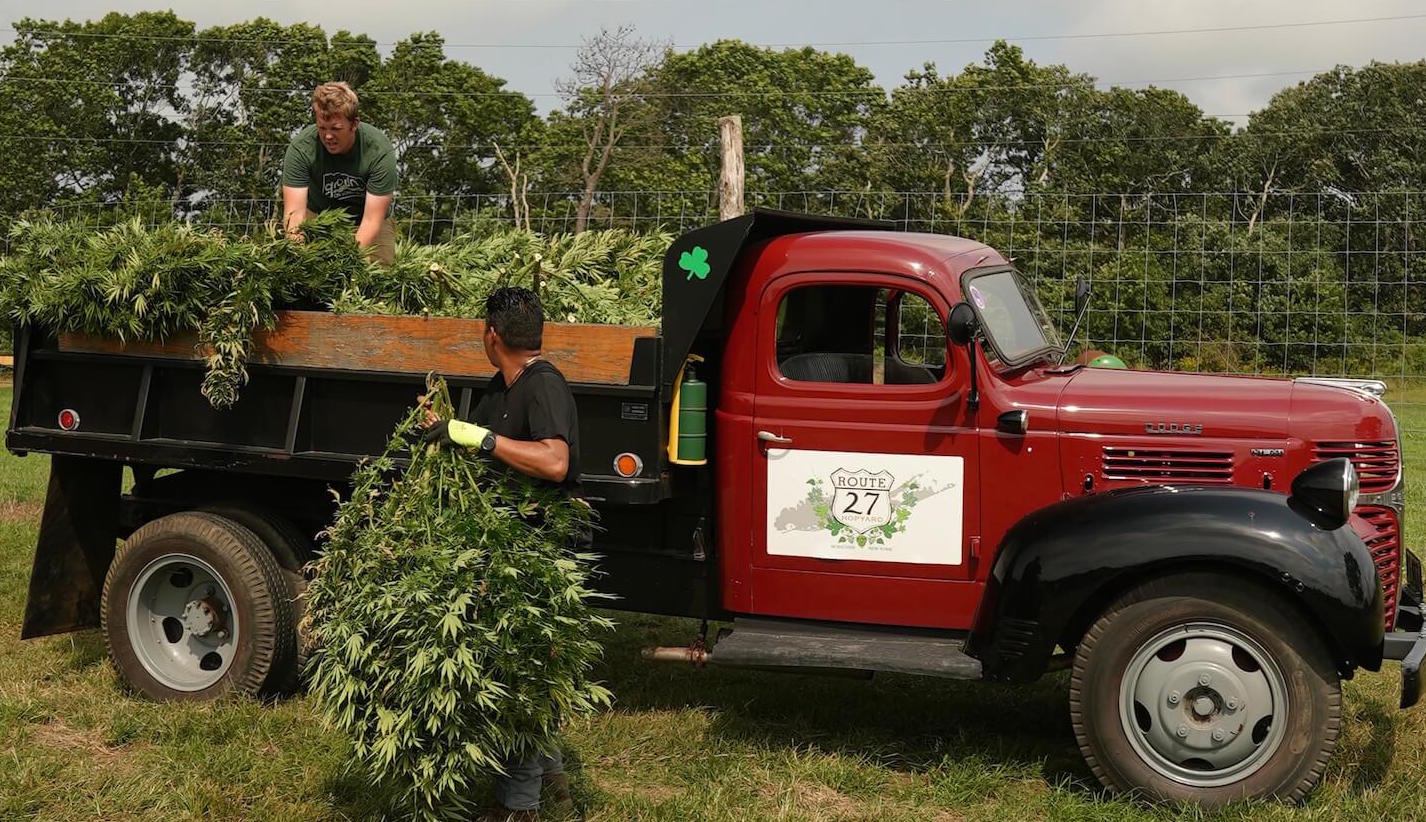 Hello all! We wanted to reach out to our followers and begin posting blogs to let you know our story from start to finish. Every week you can come and check in for a new part of our story, some information on the industry, or facts about cannabis in general!

Have you ever had an idea you thought had potential to be great? Did you wonder how you would be able to get it started or where you would even begin? Did you think about what makes you stand out from the rest in the industry of your dreams? Did you consider the different people you could bring on board to help make your ideas a reality? Well these thoughts and ideas are exactly how Route 27 Hemp Yard began and it did not begin with Hemp.

Making a Dream a Reality

Our farm on Long Island began as and still is also known as “Route 27 Hop Yard”. This all started with the idea Ryan had to grow hops. This was when the hustle and bustle of the craft beer industry began. His vast knowledge in agriculture, experience with the beer industry, and an Uncle willing to dive in head first with him made this “idea” come to fruition. This project that Ryan and Uncle Mark took on was not an easy one. Prepping fields that had not been farmed in MANY years, clearing trees and bushes and everything else you could think of, this would not just happen in a year. Piece by piece Ryan, Uncle Mark and their invaluable team of workers were able to clear the land and outfit it to grow the highest quality hops possible!

In the years it took to prepare the hop yard, our team was able to build knowledge to better us all as farmers. We have built connections and relationships to local farmers that have been more help than they know. Cornell University has been a great help and very hands on so we can study the plants patterns together. We have learned how to best utilize our land to the advantages and disadvantages of our location. We have learned so much and are always eager and ready to learn more!

The Decision to Grow HEMP

One day Ryan was confronted by his cousin Sean, asking him what he thought about growing Hemp. With his vast knowledge of Hops he now has and knowing that Hops and Hemp are sister plants, he was very intrigued. He did more research on the uses of Hemp and found that there are a plethora of things you can do with the plant. Hemp is capable of producing fiber for clothing or be a base for concrete and wood. Hemp has the ability to pull metals and toxins out of the ground to clean your environment, while replenishing it to allow new growth. Hemp is a plant of the future and we wanted to be a part of that future. This was in December 2018. By the time May 2019 came around we were licensed under New York State to grow CBD Hemp Flower!

Create an account with us and you'll be able to:

Fill in your email below to request a new password. An email will be sent to the address below containing a link to verify your email address.